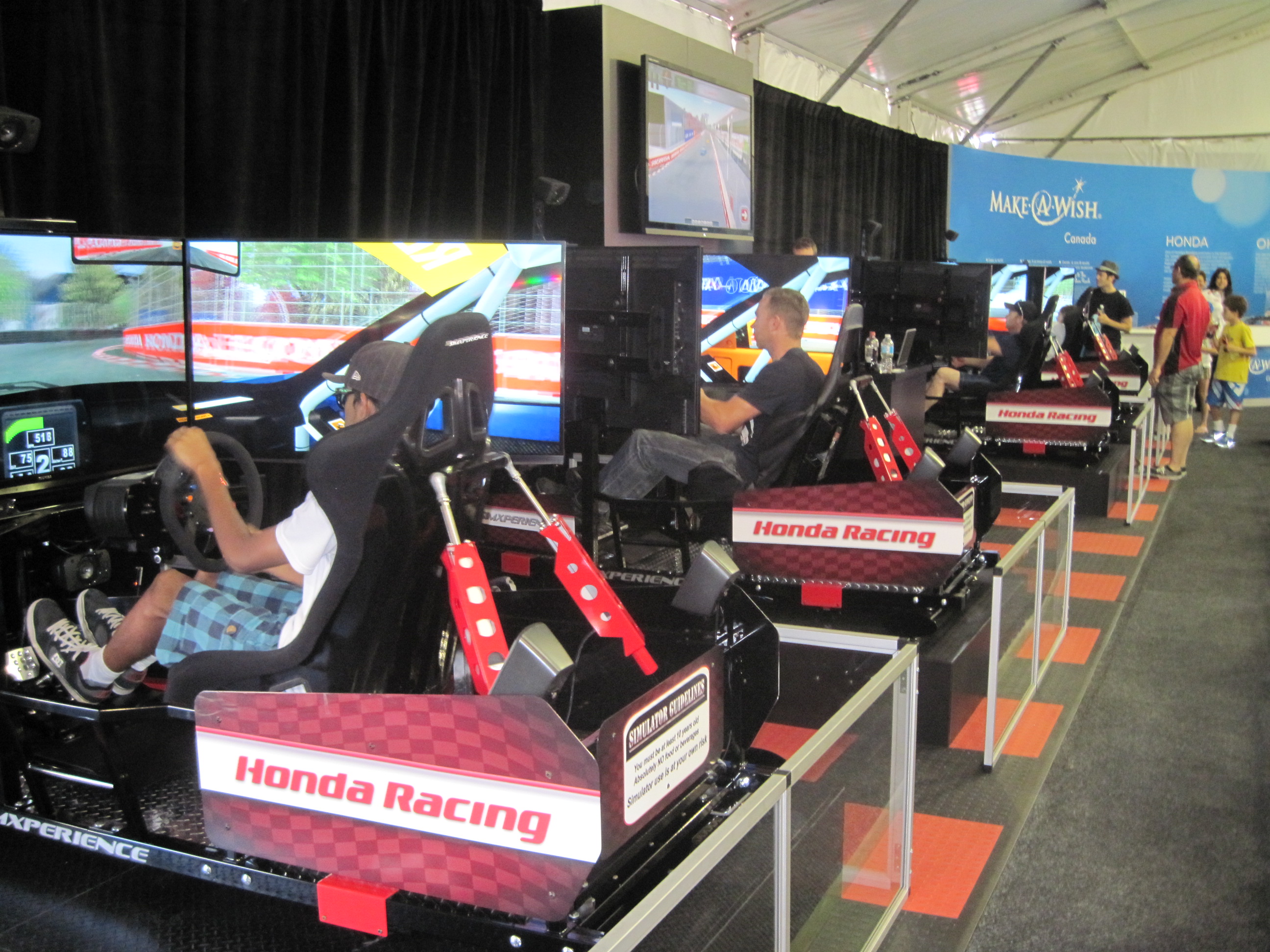 This past July 12-14, 2013, on the streets of downtown Toronto, the back-to-back IZOD IndyCar Series Race ‘Honda Indy of Toronto’ took place. The race weekend included a Free Fan Friday, several supporting race series, and a festival of live entertainment and interactive activities.

At the forefront of the off-track fun were four SimXperience Racing Simulators. Fans and drivers alike stopped by Honda World to enjoy the 4-way multiplayer racing simulation of the actual Toronto Indy track! Rides on the SimXperience simulators were free to all attendees. Fans were instead encouraged to donate to Make-A-Wish® Canada which collected $57,000 over the course of the race weekend.