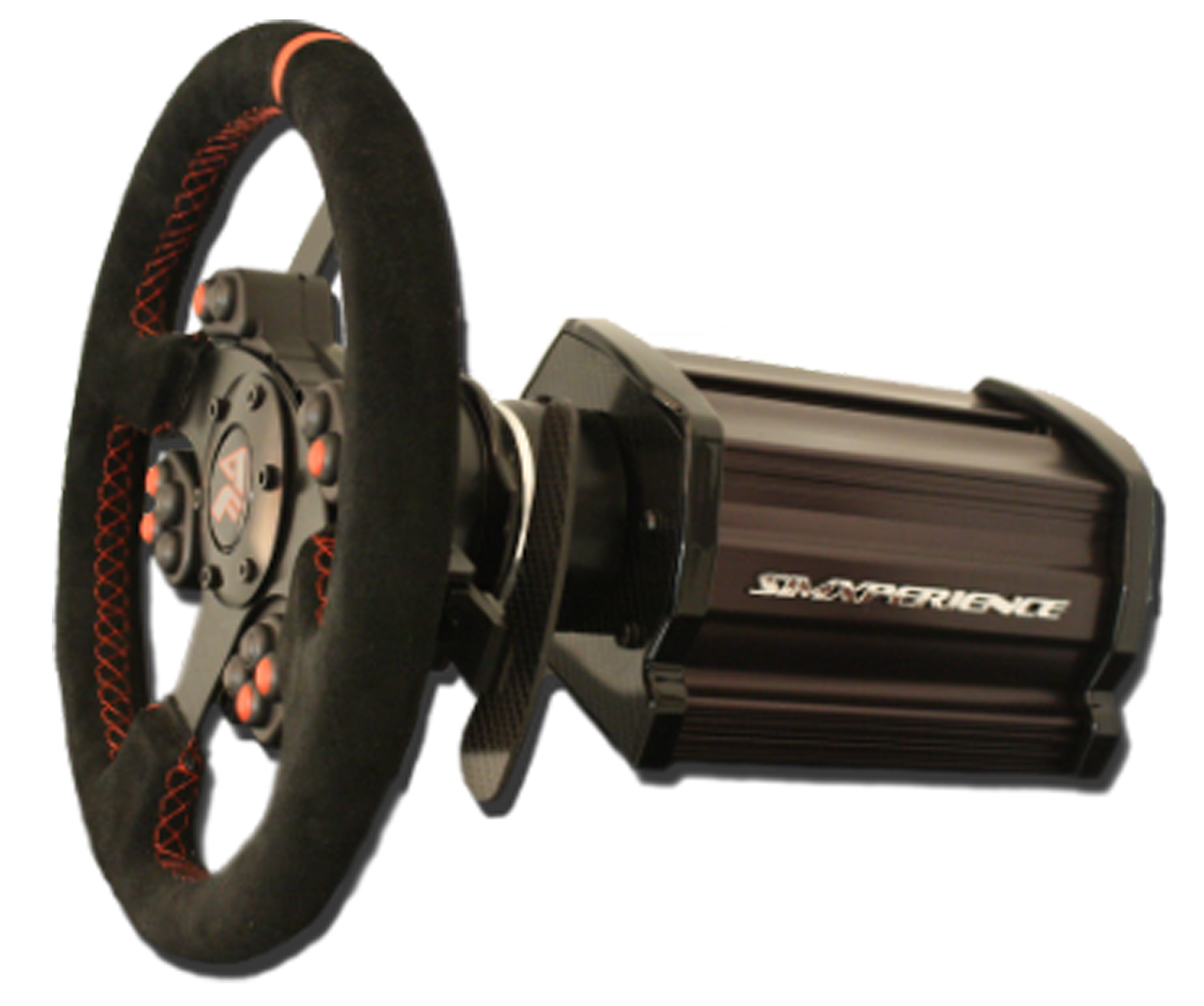 The wait is over! The world of racing simulation finally has a Force Feedback wheel that is powerful and accurate enough to feel like a real car! SimXperience has officially released its highly anticipated, direct-drive, Force Feedback steering wheel for public purchase as of January 21st 2015. The release of the revolutionary direct drive wheel comes on the heels of several recently released Beta-Tester reviews, generating a huge amount of excitement and displaying the power and versatility of the AccuForce Pro.


The AccuForce Pro is the most realistic, rugged, and beautiful FFB available on the market today. It is an extremely powerful and accurate direct drive system complete with motor, motor enclosure, controller, wheel, wheel button box, quick release, paddle shifters, mounting hardware and much more.  Being direct drive, means there are no gears or belts to cause any lag in the system, creating a 1 to 1 relationship between actions sent to the motor and what is felt in the driver’s hands.

The SimXperience AccuForce is a professional racing simulation steering system tailored to meet the needs of the most demanding sim racers and sim drivers by exceeding the specifications of existing high end wheels. When combined with today’s best racing simulation games, the AccuForce Pro is as close as you can get to driving the real thing and is delivered in a convenient, ready to run, plug-n-play package.

The key to its incredible realism is the groundbreaking direct drive motor control system. SimXperience has engineered an integrated motor controller / PC interface as opposed to communicating between two different circuit boards as is common in the industry. This allows the AccuForce to provide lower latency, better response and more accurate detail reproduction than competing direct drive systems. Combined with a motor that's specifically designed for racing simulation, the AccuForce system provides the best possible balance of torque, response and most importantly, fidelity and linearity. The end result: a driving experience that's second only to the real thing.

The FFB wheel retails at $1749USD + shipping worldwide. An $89 customer loyalty discount is automatically applied for Sim Racers that already own the powerful SimVibe software. You can find more information including delivery times and shipping costs on the AccuForce Product Page.

SimXperience is an industry leading maker of racing simulators and racing simulation technologies available for every budget. Since its inception it has been a leading innovator in the world of racing simulation. SimXperience is also responsible for creating the most accurate, immersive, and user friendly motion engine that exists today. SimXperience products are utilized worldwide in driver training facilities, homes, simulation centers and race driver development programs. The company's team of software, hardware and electronics engineers has crafted one of the most advanced, customizable and immersive simulations available at any price point.